PROS –
1) A mysterious drifter tries to settle down with a homestead family but a greedy cattle baron makes him revisit his violent past.
2) While it appears as a plain old western story of good vs evil, it’s definitely more than that. The young kid (Joey) idolizes Shane and to ensure that Joey’s hope remains unbroken, he pretends to leave the valley in the climactic scene where in reality he’s clearly mortally wounded. His final message to Joey was to be not like him.
3) The cinematography in the scenic valley is breathtaking.
4) One of the most “American” movies I have ever seen.
5) While the movie provides a strong non-violence message, the gun-fighting scenes are incredible. The technique used to show the impact of being shot is influencing all leading action directors to date.

QUOTE –
Shane: A man has to be what he is, Joey. Can’t break the mould. I tried it and it didn’t work for me. 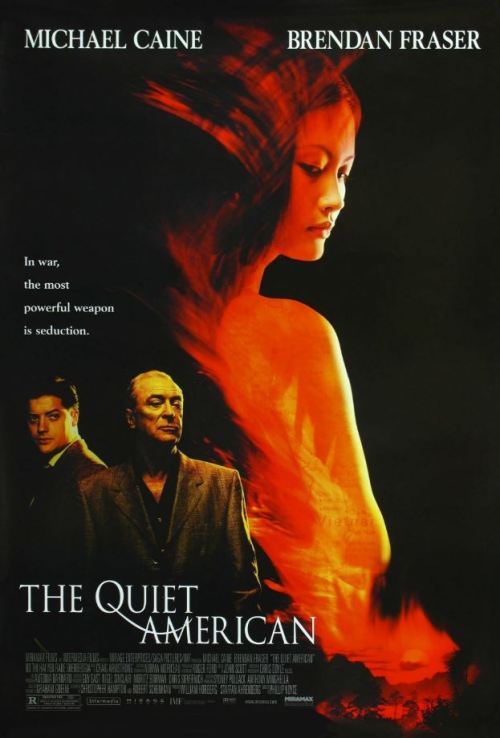 PROS –
1) A love triangle set in 1952 between a British journalist, an American covert CIA agent, and a young Vietnamese woman against the backdrop of the French Vietnam War.
2) Watch it for Michael Caine as an unengaged reporter narrating the entire plot.

CONS –
1) The young Vietnamese girl is supposed to be an exotic femme fatale beauty. But the actress who played the crucial role of Phuong doesn’t fit the role.
2) Brendan Fraser is miscast.

QUOTE –
Hinh: Sooner or later, Mr. Fowler, one has to take sides, if one is to remain human.

PROS –
1) An anthology movie with 3 Edgar Allan Poe stories, each one of them featuring Vincent Price. All 3 stories explore the macabre horror of Poe’s realm of getting buried while alive.
2) “Morella” – A dead woman comes back to life from her decomposing corpse to take revenge from her obsessive husband, and daughter for her childbed death.
3) “The Black Cat” – A cuckolded drunkard took revenge on his wife and her lover by entombing them alive but got caught because of his wife’s beloved black cat.
4) “The Facts in the Case of M. Valdemar” – A dying man trapped between the worlds of the living and the dead because of an evil hypnotist, comes back to life to take his revenge, and eventually getting redemption.
5) Excellent supporting cast including screen legends like Peter Lorre and Basil Rathbone.

QUOTE –
Montresor Herringbone: Haven’t I convinced you of my sincerity yet? I’m genuinely dedicated to your destruction. 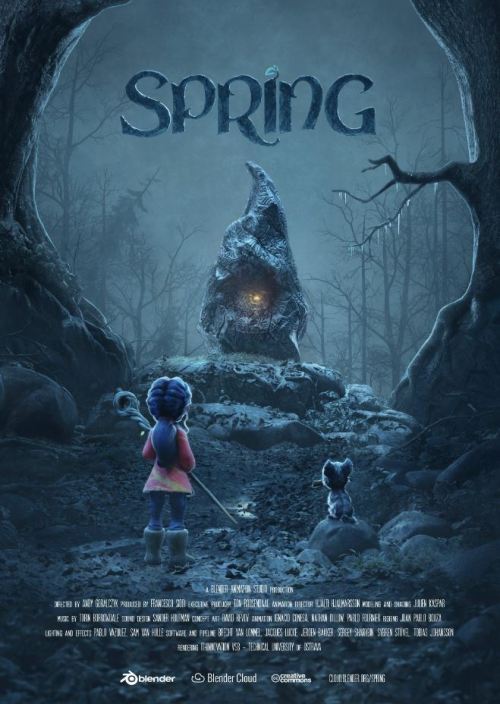 PROS –
1) The mythology of spring explained in seven minutes.
2) Andy Goralczyk achieved something impactful in a 7 minutes shorts without dialogues that Disney can’t achieve in a 2-hrs long feature film.
3) The music along with foley sound effects enhances the entire experience. 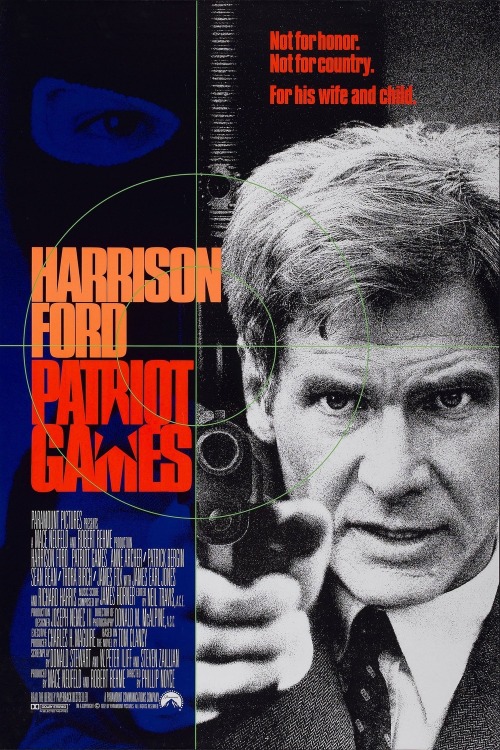 CONS –
1) The problem with Jack Ryan‘s character is that he is an analyst, unlike other fictional CIA field agents.
2) Tediously formulaic, and slow spy-thriller.

QUOTE –
Robby: So, you just waded on in like John Wayne. Why’d you do it? What were you thinking, man?
Jack Ryan: I don’t know. I wasn’t thinking.

PROS –
1) An ex-marine super soldier on her final assignment is betrayed by her boss.
2) A must-watch for the lovers of hand-to-hand combat actions. Gina Carano’s performance as Mallory Kane is franchise worthy like John Wick and Jason Bourne.
3) Watch out for the hotel fight scene between Michael Fassbender & Gina Carano.

CONS –
1) It’s a mediocre story with limited action scenes. The huge ensemble of stars is not helping.

QUOTE –
Paul: I’m assuming the motive of everyone involved is strictly professional?
Kenneth: Paul, the motive is money. The motive is always money.

PROS –
1) A tragic love story of an American ambulance driver and an English nurse in Italy during World War I.
2) Some groundbreaking camera works by Charles Lang for a 1932 movie.
3) Screenplay without any unnecessary melodrama. Adolphe Menjou as Major Rinaldi plays the colorful antagonist for the first-half of the movie however his character is more sympathetic towards the lovers in the third act. 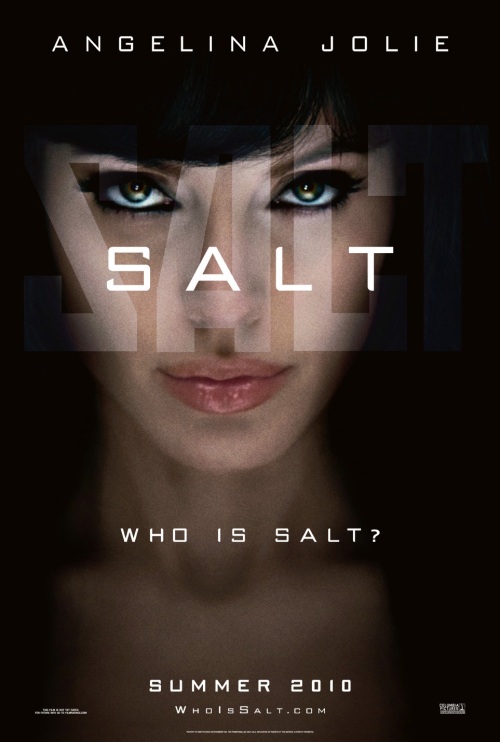 PROS –
1) Highly-trained Soviet double agents are deployed all over the United States substituted as real American children. Evelyn Salt is one such double agent working for the CIA, however, her loyalty to CIA/Russia is shattered when she actually fell in love with his boyfriend who moved heaven and earth to get her released from North Korea.
2) A solid action-packed spy-thriller with all elements of a great franchise like The Bourne Series.
3) Angelina Jolie as Evelyn Salt is absolutely stunning. A thoroughly entertaining movie from the first minute to the last.
4) Kurt Wimmer’s story is the real winner here. The core of the movie is the secret Soviet program that plants brainwashed children into American families. The final TV news report confirms that the new US president visiting Russia is one such child.

PROS –
1) An author is saved by his “number one fan” after his car is met with a blizzard accident. He later realizes that he is now a captive at her remote home as his savior turns out to be a psychopathic ex-nurse [and a possible infant serial killer].
2) Kathy Bates as Annie Wilkes gave her definitive performance as the obsessive fan and a cold-blooded psychopath.
3) The “hobbling” scene where Annie breaks the author’s ankles with a sledgehammer.

QUOTE –
Annie Wilkes: Paul, do you know about the early days at the Kimberly diamond mines? Do you know what they did to the Native workers who stole diamonds? Don’t worry, they didn’t kill them. That would be like junking your Mercedes just because it had a broken spring. No, if they caught them, they had to make sure they could go on working, but they also had to make sure they could never run away. The operation was called hobbling.

PROS –
1) A spy-thriller set in the middle-east where relations between a ground CIA operative and his superior are strained over differences in their approaches to track down the head of a terrorist group.
2) In the towering presence of Leonardo DiCaprio and Russell Crowe, the applause goes to Mark Strong’s convincing performance as head of the Jordanian Intelligence, Hani Pasha.
3) Alexander Witt’s cinematography is praiseworthy.
4) Russell Crowe’s opening monologue summarizes his character.

CONS –
1) It’s a boring spy-thriller with a generic plot where on one hand we have a cold-hearted no-nonsense CIA boss and on the other hand, we got an emotional CIA ground operative tired of the travesties of war.
2) After spending more than 2 hours in the movie, the output is close to nothing.

QUOTE –
Our enemy has realized that they are fighting guys from the future. Now, ahem, it is as brilliant as it is infuriating. If you live like it’s the past, and you behave like it’s the past then guys from the future find it very hard to see you. If you throw away your cell phone, shut down your e-mail pass all your instructions face-to-face, hand-to-hand turn your back on technology, and just disappear into the crowd No flags. No uniforms. You got your basic grunts on the ground there. They’re looking going, “Who is it we’re fighting?” In a situation like this, your friends dress just like your enemies and your enemies dress like your friends. What I need you to fully understand is that these people, they do not wanna negotiate. Not at all. They want the universal caliphate established across the face of the Earth and they want every infidel converted or dead.