PROS –
1) The bike chase sequence in scenic Colombia.
2) Some good hand-to-hand action in the Catacombs fight scene
3) The entire de-agification VFX is a big success.

CONS –
1) The USP of this movie is director Ang Lee. However, the story is super dated and predictable. It’s every 90s sci-fi super soldier movies ever.

QUOTE –
Henry: If they could clone a person, you’d think they’d clone more doctors or scientists, not me. They could’ve cloned Nelson Mandela.
Dani: Nelson Mandela couldn’t kill a man on a moving train from two kilometers away. 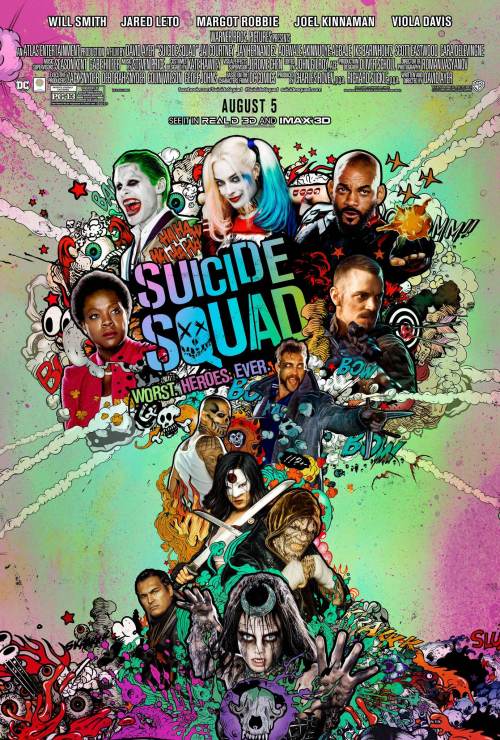 CONS –
1) Putting iconic songs randomly throughout the movie is not a great move, it’s rather annoying.
2) Bunch of bad guys on a govt. mission to stop an ancient witch with powers on par with Dr. Manhattan.
3) So Enchantress can teleport from one part of the world to the other within seconds, destroy satellites in space and cut warships in half with her magical powers but can’t beat the Suicide Squad in hand-to-hand combat? She can read anyone mind and disillusion anyone into believing the impossible but she wasn’t able to know Harley Quinn’s mediocre plan to backstab her?
4) Jared Leto as The Joker: let’s forget this ever happened in DC Universe.

QUOTE –
Harley Quinn: Love your perfume. What is that? The stench of death?

1) Orcs, Elves, Fairies, Dwarves, Centaurs, Humans  – This movie is a great homage to Tolkien’s legendarium.It’s like an anthology episode of Middle Earth.
2) It’s not #BlackLivesMatters revisited as it appears in the trailer.
3) Broken People – Opening credit song.

1) Weak third act.However, critics are too harsh for this movie for reasons unknown.
2) The mythology could’ve been better explored instead of a stupid wand-hunt

CONS –
1) Worst than “The Lost Movie”. This movie is a disaster as compared to its prequel.
2) The Newscasters battle-royale legacy is ruined (Jim Carrey was the only saving grace)

QUOTE –
“Ron Burgundy: Who the hell is Julius Ceasar? You know I don’t follow the NBA!”